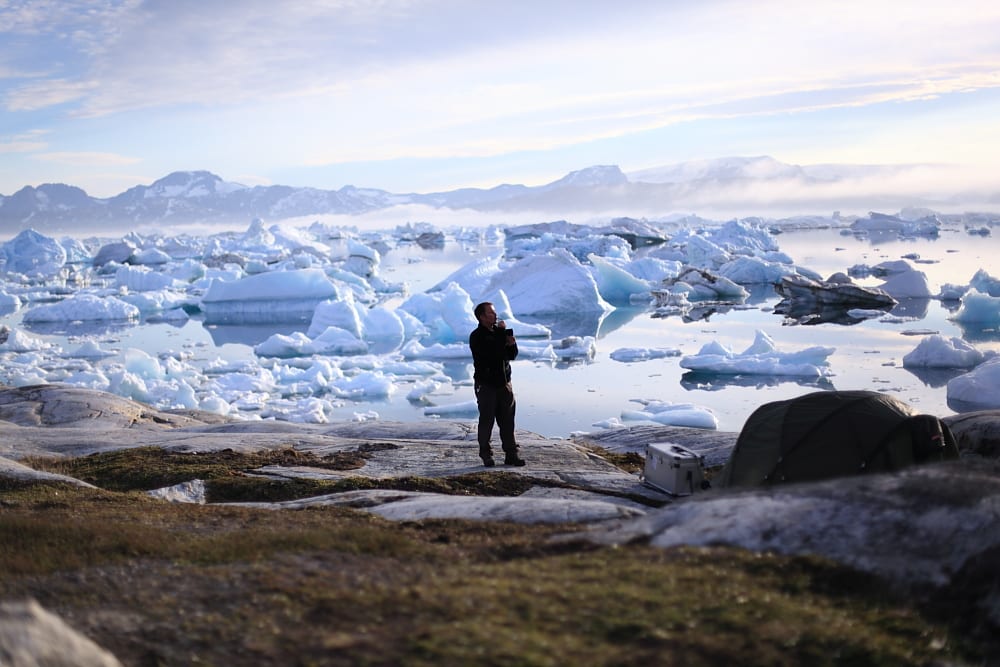 Our new brand ambassador, Justin Miles, knows just how important a hat can be in some of the toughest environments on Earth.

Justin is what you may term a ‘professional explorer’; his adventures, challenges and expeditions have taken him all over the world through some of the toughest environments on Earth, from paddleboarding around icebergs to hacking his way through dense jungles.

Life hasn’t always been this way. A car accident at the age of 26 resulted in brain injuries and those brain injuries left him unable to perform basic functions from walking and talking to feeding himself.

During the early part of his recovery, Justin was quite literally a ‘prisoner inside his own body’; his mind could wander but his body couldn’t and it was then, as he spent hour after hour moving between a chair and his bed that Justin came up with the idea that when he recovered, not ‘if he recovered’, that he would turn his passion for adventure and his love of the outdoors into his profession.

Once his objective was set he developed goals to give him progression, direction ad motivation and then set about turning his wild dream into reality.

Initially, unable to stand, he would drag himself around the floor of his house. It wasn’t long before he developed enough strength and motor skills to be able to kneel a little and crawl short distances, Eventually, with the help of various pieces of furniture – he refused any ‘disability aids’ – he managed to stand up and once he could stand he started to ‘shuffle’ and then walk.

Despite, or in spite of, early medical opinions forecasting a recovery of up to five years at which time Justin (Just) would be able to return to work part time to a sedentary job, nine months after the accident he ran a marathon and two years later he ran a marathon distance run every week for a year.

Now he’s living the dream tackling expeditions and adventures all over the globe through jungle, desert, mountain, and polar regions as well as waterborne challenges and everything that he does, all of his experiences, are used to support education programmes around the world.

With a deep-rooted interest – a passion – in education, Just uses his experiences to connect with schools around the globe, his last adventure having been viewed by in the region of 2.5 million teachers worldwide. Using various technology platforms he connects with schools before, during and after his adventures quite literally, in some cases, bringing the world to life in classrooms everywhere as well as creating resources available for teachers to use in classrooms – at no cost.

Just is also an advocate for universal education provision, giving every child, everywhere, the opportunity to go to school and he has operated and played key roles in programmes and initiatives working to make that happen. In his own words: “Education is important. Education is the key to economic success, to the success of the human species as a whole and the way that we live in harmony with the planet that we inhabit.” As well as supporting NGO’s and facilities working ‘on the ground’, Justin has presented internationally on the subject – often to ‘world leaders’ – spotlighting the benefits of supporting education provision.

All of Justins work in the sphere of education work carries no charge, he makes no income from it. He believes in creating a level playing field with regards to to education: an opportunity for every child to succeed regardless of external factors which may limit potential such as culture, socio-economic status or absolutely anything else.

Growing up in the South West of England, Just had plenty of opportunity and the motivation to explore the countryside around him; the moors, rivers, lakes, coastline and woodland acted as a perfect ‘petri-dish’ for the young adventurer and he thinks that it’s important that everybody, particularly children, should be given the opportunity to enjoy ‘outdoor time’. Justin has written two children’s books encouraging children to get active outdoors (available internationally online or from any good bookstore) and gives time to various initiatives which support this ethos. “One way that we can help to connect, or reconnect people with the world around them is to encourage people to get outdoors and experience the environment for themselves and I think it’s important, in particular, to encourage younger generations to explore more, extend their limits and spend more time learning about this planet.”

Justin’s adventures and expeditions are funded by corporate sponsorships. In addition to achieving ‘Corporate Social Responsibility’ goals through his philanthropic work in education and it’s wider reaching benefits, the companies that he partners to bring his adventurous dreams to life benefit from innovative marketing campaigns which create a dialogue with their targeted audience or creative internal commune action programmes, supporting the personnel structure and development his clients.

As a consultant and corporate mentor Justin combines his knowledge and experience in expedition environments combined with a depth of corporate and commercial experience to help his clients to confront and overcome various business challenges, in particular regarding organisational behaviour. This summer he’s  launching a new modular programme for businesses which harnesses the power of the ‘Explorers Mindset’ and remodels some of the key strengths and attributes found in ‘explorers’  into business settings; ‘Resilience’, ‘Innovation’, ‘Objectives and Goals’, ‘Communication’ and ‘Risk’.

Most people who have carved a living from exploration and adventure deliver presentations and talks about their exploits and Justin has gathered a vast amount of experience in this area. “I guess I’ve been quite lucky with being engaged for some really interesting work as a speaker. I’ve presented at all kinds of events all around the world from trade shows and expeditions to sales conferences, education conferences, a TEDx session, book festivals and even music festivals!” His next international appearance is as the keynote speaker and a global event fro the medical profession exploring ‘positive psychology’.

When we asked Justin what his favourite expedition has been his reply was diplomatically vague “How could I possibly choose any one in particular? The whole world is an awesome place full of interest and excitement. Just explore more!”

When he’s not working or away on an expedition Just loves nothing more than mooching around in the countryside with his dogs walking, fishing, watching nature, foraging, photographing or doing anything else that gives him an excuse to be outdoors.

Right now Just is using two hats from the Wombat leather range. “Hats are always an important part of my packing list. A hat can protect your skin from the burning sun, provide shelter from rain. – there’s nothing worse than water dropping down your collar  -, keep your head warm when the temperatures drop and even conceal a bad hair day!”

Just will shortly be using a new Wombat shoulder bag for his foraging, fishing and ‘Wombling’** trips around the UK with his dogs Eider the Labrador, Vespa the cocker and Whiskey the husky.

‘Wombling’ is a term that Just uses to describe the hours that he spends in wild spaces picking up litter and ‘other stuff’ to bring home and dispose of or repurpose. 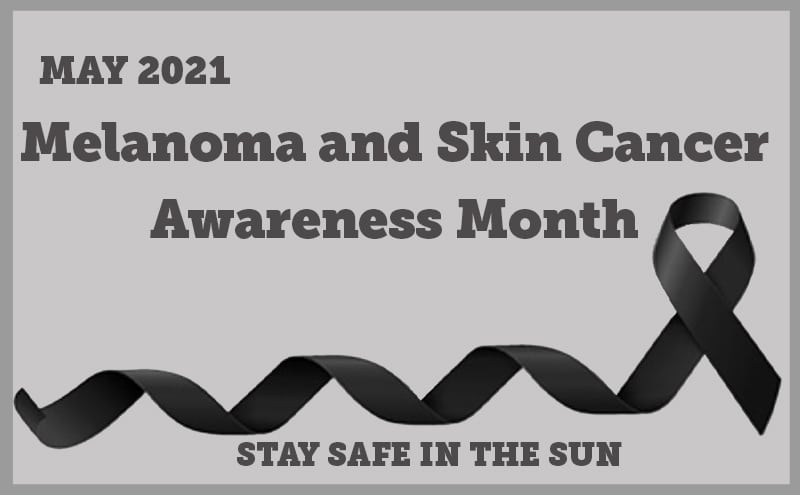 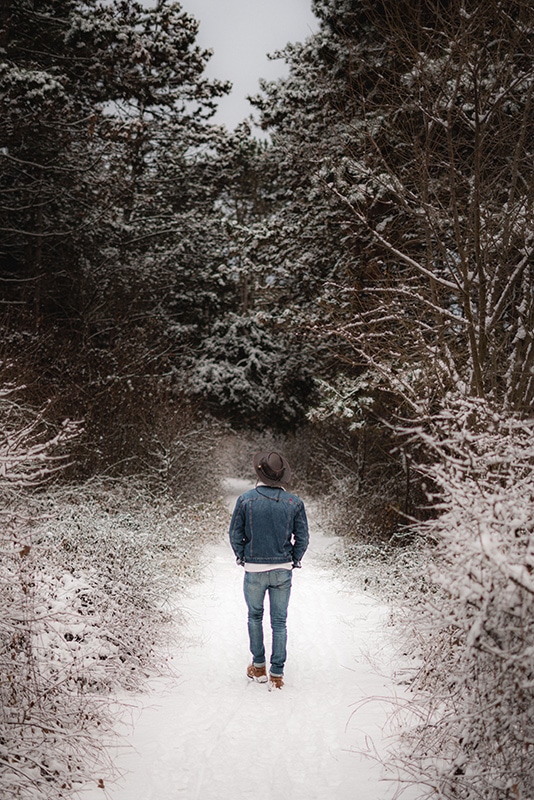 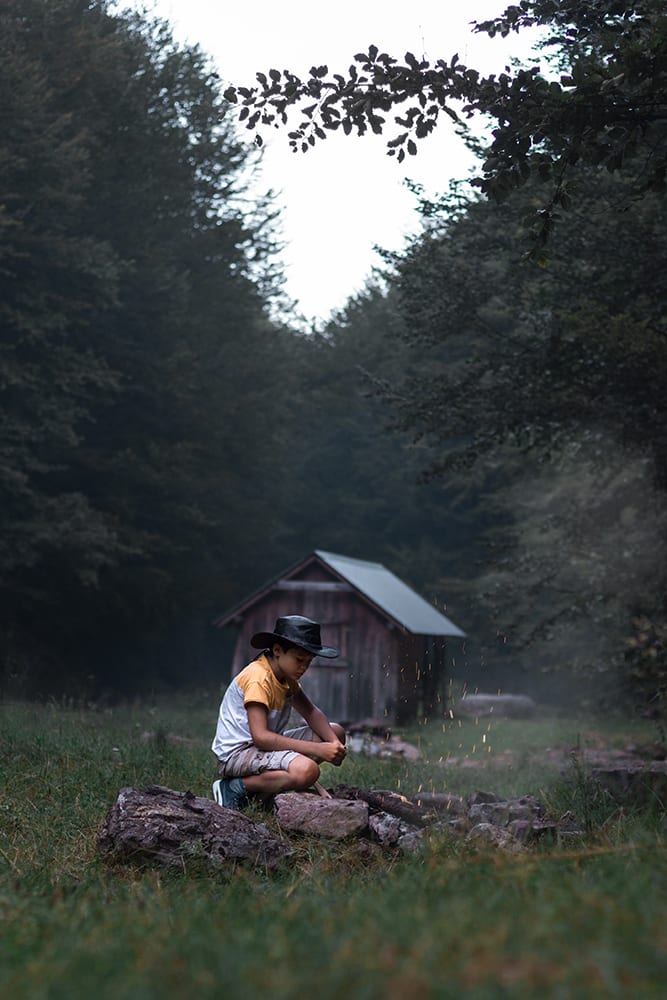